In New York City, there’s plenty of people getting hugs from a dog. That’s right, there’s a six-year-old golden retriever roaming the streets of Manhattan, giving out the best hugs.

Louboutina, or Loubie for short, is the adorable golden of proud owner Cesar Fernandez-Chavez. The native Peruvian now lives in the Chelsea neighborhood of New York and works as a Spanish translator for a nearby hospital. He was given the golden retriever as a birthday present. 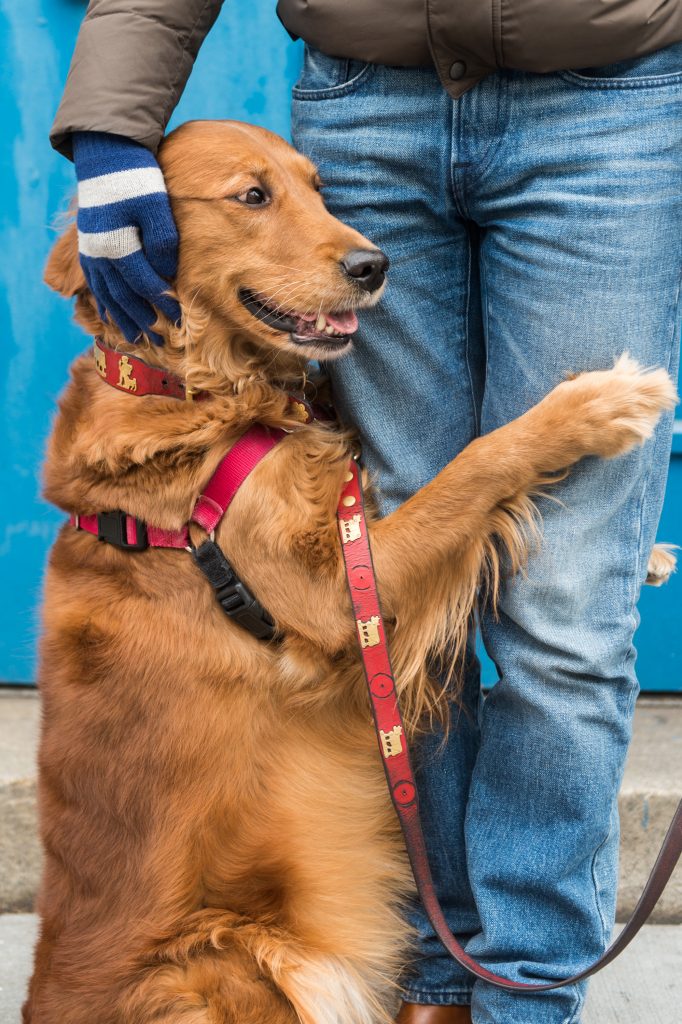 Cesar already had the dog’s name picked out when he was given her as a present from his friend Daphne. He named her after the French shoe designer, Christian Louboutin, whom Daphne loves. The beautiful dog helped Fernandez recover from a devastating break up that happened earlier that year. Cesar also clarified that Loubie is a hunting field golden, not an American golden.

Cesar and Loubie started holding hands when the dog was about three and a half years old. The hand holding gradually progressed to full-on hugs. Now Loubie is sharing her hugs with the rest of New York. Cesar said when he moved to the United States, he wanted to help people. He had no idea he would own a dog that would end up helping people, too.

Cesar said Loubie started giving hugs on their two-hour walks they would take through Manhattan. She loves to stand on the corner of 5th and 17th, which Cesar calls her “stage.” Pedestrians get a lovely greeting from the golden. She has become quite a sensation in New York.

After Cesar and Loubie met actor Gerard Butler, Cesar decided it was time to open up an Instagram account for his popular dog. Cesar realized he wanted to document all the people Loubie met around their Chelsea neighborhood and on the streets of New York. Since then, Loubie has become famous, appearing on shows like Good Morning America and Rachael Ray.

Lexy is a pit bull who spent eight years of …

Every so often you come across a story that leaves …

Our website is made possible by displaying online advertisements to our visitors. Please consider supporting us by disabling your ad blocker.