Estelle Pickering had to move up the date of her wedding to earlier this year for her longtime buddy, Bruce. Bruce is a bull mastiff, he and Estelle have a strong bond. She said that she loves Bruce more than anything; she refers to him as her “kid with four legs.”

Just as every dog-human relationships go, theirs is a special one. Estelle loved him with all her heart; she treated him as a real part of the family. They’re inseparable. The time came when Estelle fell in love with a man named Daniel Harris. Bruce was just a year old by then. Daniel and his family fell in love with Bruce as soon as they bonded with him.

As Estelle and Daniel became solemn in their relationship, they decided to get married and have the union on May 4th. They immediately knew that Bruce would play a significant role in the celebration of their love.

Sadly, in December 2018, they rushed Bruce to the vet because they found something unusual with Bruce’s gums and tongue; his gums were white, and his tongue was blue. The vet diagnosed him with pleural effusion, and on that moment they started treatment by draining the fluids surrounding his heart and lungs.

They proceeded to do more tests and some scans.Unfortunately, a mass was found in Bruce’s chest, and they had to remove it. The couple realized how critical their precious dog’s condition was, and they were in pieces. 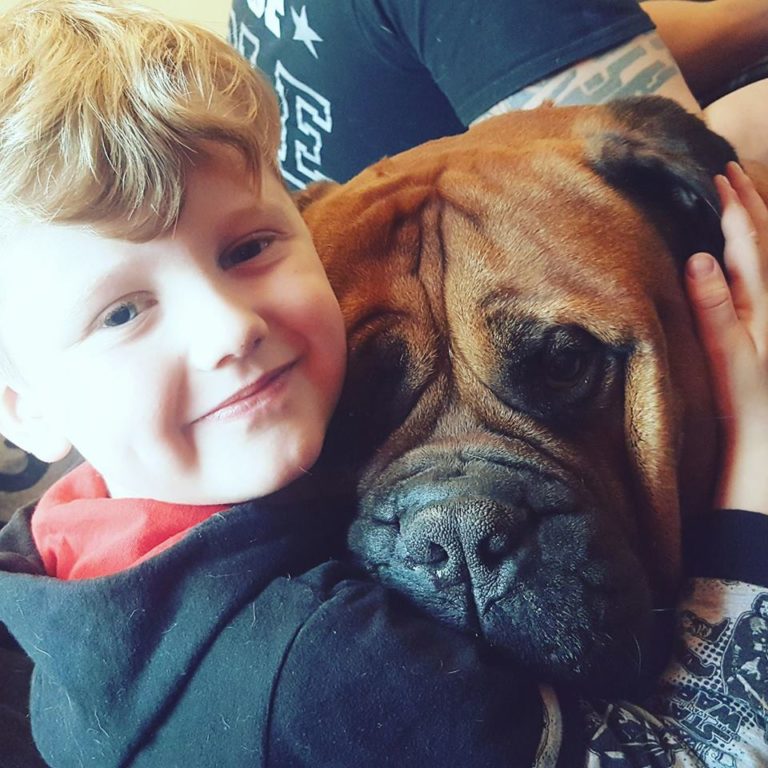 Bruce had the surgery, it lasted for seven hours, and they had to remove a part of his ribs because of his cancer mass. They got the results after a week, and it devasted the whole family. Bruce has hemangiosarcoma. The vet said that the cancer was aggressive and he may have only six months to live.

The couple immediately decided that they had to move up the date of their wedding to have Bruce on their side for their special day. Bruce is a vital part of their family, and his presence on the said union means so much to the family.

Once dogs enter our lives, we will never be able to resist loving them. They become part of our families, and everybody understands because that’s how dogs make an impact on us.

There truly is nothing like the bond between a child …

Lexy is a pit bull who spent eight years of …

Our website is made possible by displaying online advertisements to our visitors. Please consider supporting us by disabling your ad blocker.